It seems like just yesterday that Steve McQueen was in the shop. When he would come in, always in T-shirt and jeans, Allie MacGraw used to sit on the floor and ogle him – one of world’s sexiest leading men. And despite his reputation as a Hollywood rebel and highest paid actors in the world, he was always extremely courteous.

A few years back, the Persol sunglasses he wore in the Thomas Crown affair sold for $70,200 at auction.  And Persol has recently honored his legacy, commemorating that same model 714 with the blue lenses that he liked to wear.  The design of the 714 has changed only slightly over time, now a slightly more forgiving shape than the ones that McQueen originally wore. 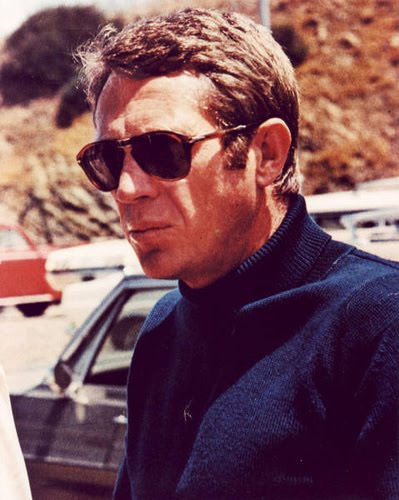 It’s refreshing to see the value of eyewear recognized, when too often it is taken for granted.  The benefit that a great frame and a great personality can contribute to each other can be priceless.

This site uses Akismet to reduce spam. Learn how your comment data is processed.